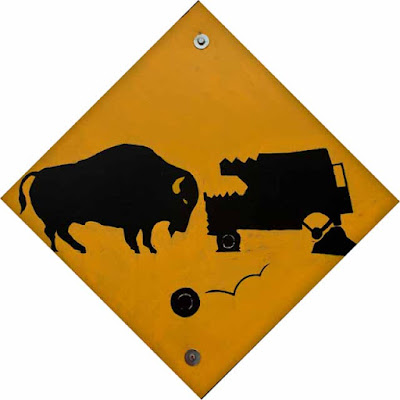 We left Tok around 9:30 am this morning and headed up Alaska Highway. Our first stop was at Delta Junction, about 90 miles from Tok. This is where the Alaska Highway officially ends and the Richardson Highway begins. On the Richardson you can either continue north to Fairbanks or turn south and go to Paxson. As we travelled north from Tok, we could really notice the smoke in the air from the forest fires. Seeing any of the mountains along the way was almost impossible but we did catch a glimpse of one or two smaller peaks along the Tanana and Delta Rivers. We stopped at the Visitor Centre in Delta Junction where we took the mandatory photographs in front of the end of Alaska Highway monument. Our phaeton now has just over 7200 miles on it since we bought it in Florida in May of this year and all but 700 miles of those are from our travels. 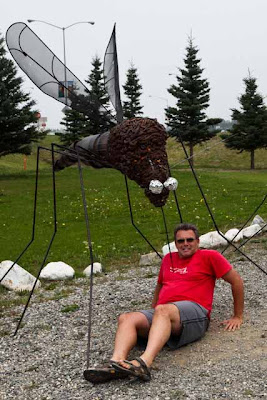 We then continued just a few miles north to Rika’s Roadhouse which is part of Big Delta State Historical Park and right on the banks of the Tanana river. They have a huge parking lot and even allow overnight parking for RVs. The roadhouse is named after Rika Wallen, a Swedish immigrant, who bought the property in 1923 and ran it until her passing in 1969. There are many period log buidings with various exhibits to view and also a fabulous restaurant and gift shop. Chris and I enjoyed a wonderful lobster bisque soup and coffee for lunch. We also stopped about a quarter mile up the road to see where the suspended Alaska oil pipeline crosses the Tanana river. This pipeline brings oil from Prudhomme Bay in the north to Valdez in the south and is over 800 miles long. 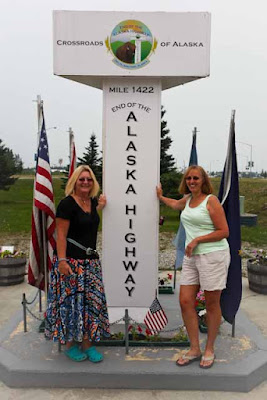 We arrived in Fairbanks around 3:30 pm and went straight to Sam’s Club on College Road where we fuelled up for $3.33/gallon for diesel. Tok had been selling diesel for $3.63/gallon. Regular gas was just under $3.00/gallon at Sam’s Club. We also parked the motorhomes here to spend the night. There was already a big Monaco here and a few smaller class Cs arrived later in the day. Jim and Jane are Sam’s Club members so we all went in to pick up a few groceries. 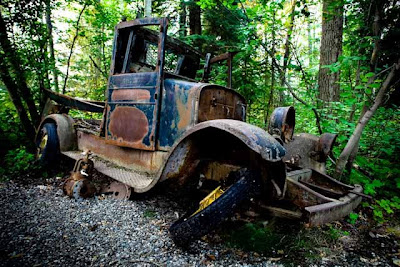 Next, we headed over to Pioneer Park on Airport Way. We had heard that RVs can camp in the Pioneer Park parking lot for $12/night and wanted to check it out before we moved the motorhomes over Wednesday. There is a fair bit of construction in the area but they have a huge parking lot which was already home for several motorhomes. Pioneer Park has potable water available in the parking lot, as well as free wifi. They also gave us a list of dump stations in the area. We will likely spend a few days here before heading on to Denali Park. 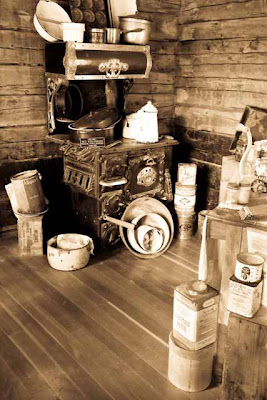 Next, it was back to our motorhomes at Sam’s Club for supper. Jane’s night to cook. We went for a stroll to Starbucks after supper but they closed at 8 pm and we missed them by a few minutes. We returned to our motorhome for coffee and homemade cookies before turning in for the night.

I am very disappointed with our iCoach internet. The router is working fine but I can’t get a connection here in Fairbanks using the modem and external antenna provided me. In fact, we haven’t had any internet connection with iCoach since we left Alberta. We have relied on free or pay wifi the whole way. The other puzzling thing is that my Verizon USB modem, which we used in Florida and all along the east coast with great success last winter, says we have a strong Global Access connection. Usually, we get Broadband (high speed) or NationalAccess (1xRTT) anywhere in the USA, but here we get GlobalAcess which has extra roaming charges associated with it. Not sure what is going on there because Verizon’s coverage map shows a strong digital signal for this area. Doesn’t appear to be a Verizon store in Fairbanks either. I called Verizon today and was told to disregard the GlobalAccess roaming charges. Verizon put a note on my account to that effect as well….just in case.

Another puzzling thing is that our TracFone (USA pay as you go phone) has a strong signal (5 bars) but won’t make calls on the Tracfone network. It won’t make calls using the Cici Canada (NWT and Alaska) 866 access number either, but will make calls using the CiCi Anywhere in Canada 866 number. In fact, we called Chris’s daughter in Alberta last night to check. This is all very strange. Hoping to be able to sort all this out using the free wifi at Pioneer Park. Maybe the more expensive, roof mounted, DataStorm internet satellite dish was the right way to go after all.
This entry was posted in Alaska, Campgrounds, Internet, Photography.