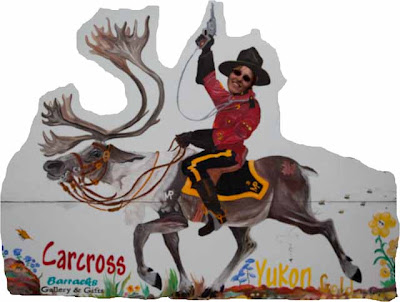 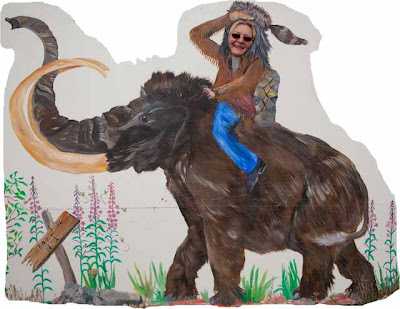 Chris and Jane Whooping It Up in Carcross, YT
We left Skagway on a cold and drizzly morning heading for Whitehorse. As soon as we were out of Skagway, we began a 12 mile climb to the summit of White Pass at 3292 feet. The ceiling was quite low this morning so we were driving in and out of clouds all the way to the top. We pulled over at some of the many pull outs and took a few pictures of the White Pass & Yukon Route railway tracks as they hugged the mountainside. One could almost picture the difficult job the laborers had building the track to connect Skagway to Whitehorse back in 1900. Unfortunately, we did not get to see the train going through the mountains. We did get to see a dozen or so people on a bicycle tour on the downhill back into Skagway about half way up White Pass though. I said to Chris, there is no way those riders cycled up the hill and sure enough, as we rounded one corner, there was a huge van with bicycles loaded on a 30 foot trailer. Turned out the riders (make that coasters) had just hopped on their bikes and were coasting back into Skagway. Woossies!! 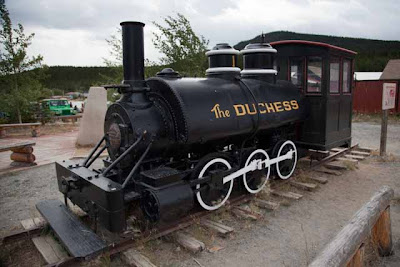 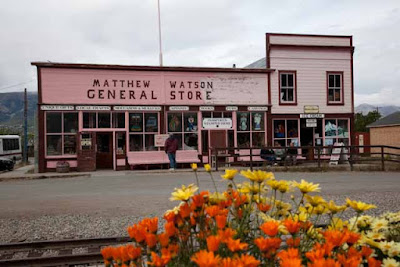 At mile 14.7 we crossed back into British Columbia, Canada, geographically anyway, and also went from Alaska to Pacific time. The Canadian border crossing was another 22.5 miles up the road, another cost saving measure by our government to be sure. We crossed into Yukon another 51 miles further on. We spent some time poking around Carcross. Chris managed to get the last stamps needed in our Yukon tourism passports. We signed off on them and dropped them off at the visitor centre. That entered us both in a draw to win a 5 oz gold nugget and also qualified us for our Yukon pins which will be mailed to us. 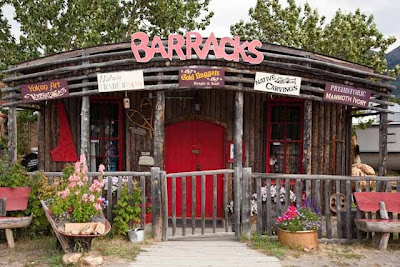 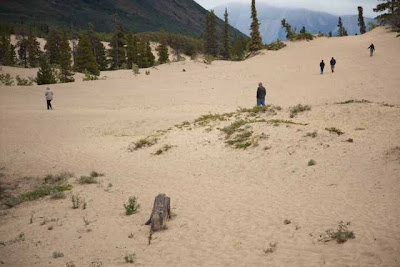 World’s Smallest Desert
From there it was on up the road into Whitehorse where we will rest up for a few days at Pioneer RV Park before heading south via the Cassiar Highway. Pioneer is less than one third full at the moment and it was pretty quiet in Whitehorse on Sunday afternoon. Walmart was still pretty busy though with at least 20 RVs parked there overnight.
This entry was posted in Alaska, British Columbia, Campgrounds, Photography, Yukon.