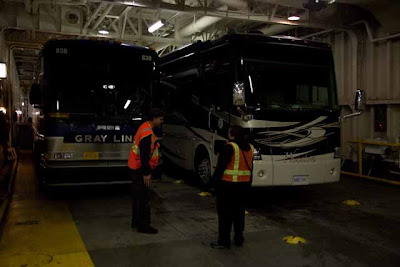 Aboard MV Malaspina
The road from Haines Junction, YT to Haines, AK was a pleasure to drive. Very scenic and in excellent condition, probably the best road we drove in Alaska. The weather was overcast on the way to Haines so I suspect the scenery would have been even more stunning had it been a clear day. 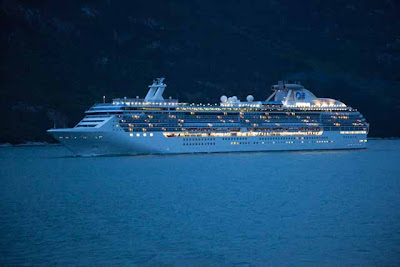 Alaska Cruise Ship Leaving Skagway
We had reservations on the Haines to Skagway Alaska Marine Ferry for Aug 15, 2009 and left ourselves a little wiggle room by heading into Haines a day early. We arrived in Haines on Friday afternoon and went straight to the ferry terminal which is about 4 miles outside of Haines. We were hoping to bump our reservation up and go to Skagway a day earlier than planned. The only bad bit of road was from Haines to the ferry terminal. Three of the four miles of road is torn up. We had to follow a pilot car to get through the construction zone. It was evident from the drilling that they are still blasting to widen the road. We both said on the way through that we would leave the motorhomes at the terminal and come back into town in our toads. 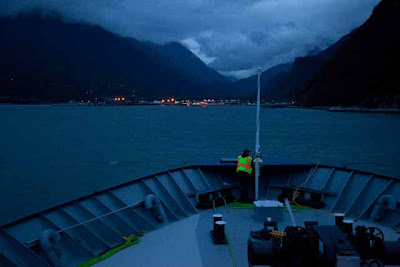 MV Malaspina Approaching Skagway
We managed to move our reservations forward to a Friday evening sailing leaving Haines at 8:30 pm and arrived in Skagway at 9:30 pm. We left the motorhomes in the ferry lineup and drove back into town in our Saturn for some lunch and a little exploring. Haines is about half the size of Valdez, so exploring didn’t take very long. Lunch at the Lighthouse restaurant was good. Then it was back to the line up for a snooze before our sailing. 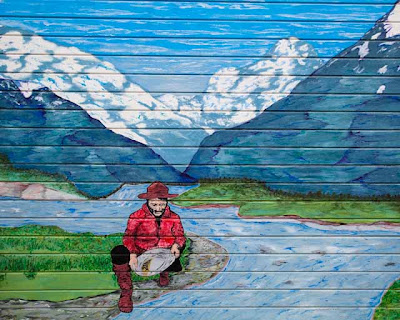 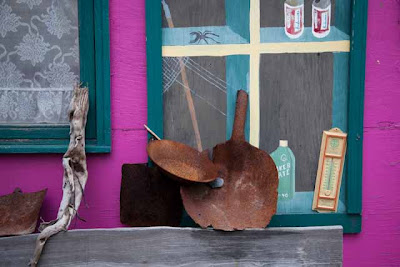 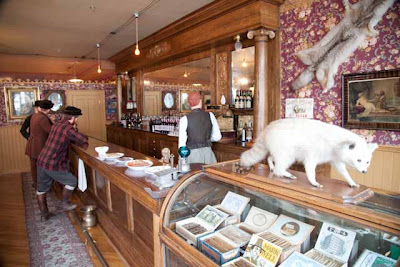 Getting the motorhomes on the ferry was interesting. Our motorhomes and cars went on separately. The girls drove the cars while Jim and I took the motorhomes. Our ship, MV Malaspina, is a side loading ferry. We boarded via a ramp near the front on the starboard side. Once inside, I had to do a tight 90 degree left turn and ended up parked beside a bus facing the stern. To exit the ferry, I had to do a 180 degree right turn inside the hull at the rear of the ship, drive forward along the port side and then do a 90 degree right turn to exit the ship. Not the easiest thing to do with a 42 ft motorhome and in close quarters, but things went very well. We arrived in Skagway just before 10 pm and received permission to dry camp in the ferry terminal parking lot overnight. Another couple in a motorhome also joined us. 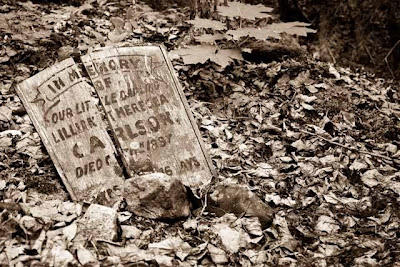 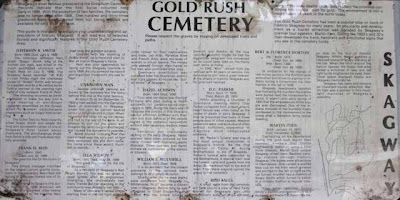 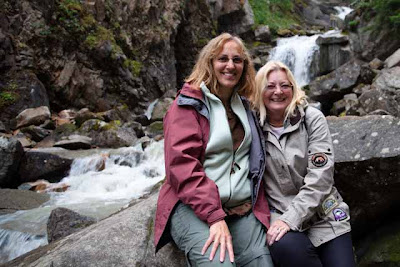 Our Two Babes At Reid Falls

Skagway was an interesting town to explore on Saturday. There were 2-3 cruise ships that came in while we were there but the town did not look very busy at all. Lots of touristy shops, along with jewellery stores too. The salmon were spawning in Pullen Creek and we saw the White Pass train pull out with a load of passengers for the ride back to Whitehorse. 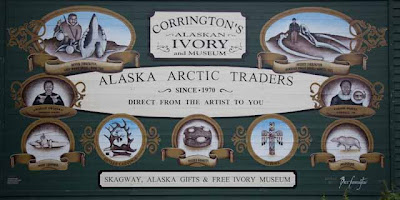 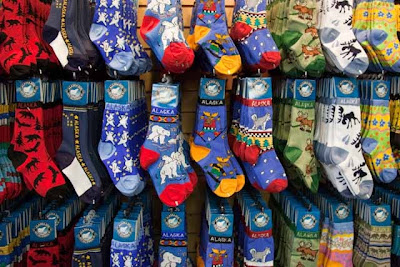 It was late Saturday afternoon when we finished exploring Skagway. There was more to do but the weather was not very nice. We decided to spend another night in the ferry parking lot in Skagway instead of motoring up the highway towards Carcross, YT like we had talked about. We awoke on Sunday morning to find a note on our windshields from ferry management stating overnight camping was not permitted. In retrospect we should have gone in and asked permission for one more night or moved on. Too many days traveling and the minds are a little numb I think.

Perhaps the biggest news though is that the girls won at canasta ‘again’ last night. That makes two times in a row now. Time to pull up our socks Jim!

This entry was posted in Alaska, Entertainment, Photography.