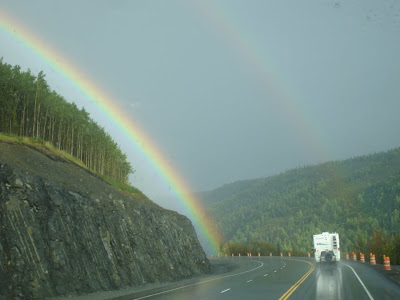 Glenn Highway Rainbow
We left Deep Creek around 9:30 am on Sunday morning. Our first stop was at the Fred Meyers in Soldotna to pick up some groceries. Then it was on into Anchorage for some diesel fuel and propane at the same Holiday station we stopped at on our way to Deep Creek. It was an easy in and out with good prices, so we thought why not go back there. Then it was north toward Palmer and east along the Glenn Highway. We drove through a nice cloud burst along the new pavement near mile marker 95 of Glenn Highway. Two spectacular rainbows developed right across the highway as we followed Jim and Jane. We could actually see where the rainbow touched down on the banks of the Mantanuska river as we drove by. No pot of gold or leprechauns though. 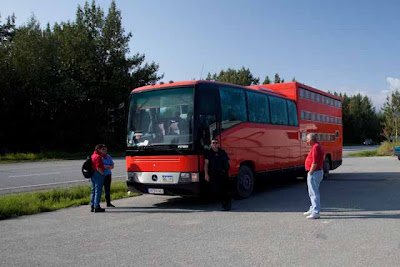 We also saw this spectacular scenic panorama of the Mantanuska river just outside Palmer. We continued toward Glennallen and had planned on dry camping for the night in Chickaloon decided to keep on going. It was a good thing too because we came upon the Mantanuska Glacier Recreation Area camp site. We camped n the overnight camping area for $10 each and got to see the man glacier up close from the view point. Apparently, you can even drive up to this glacier. 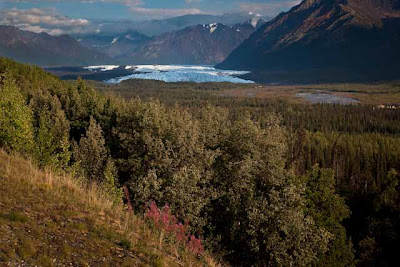 Mantanuska Glacier
Canasta update. Boys are still way ahead, but the girls did manage to squeak out one win.
This entry was posted in Alaska, Campgrounds, Photography.