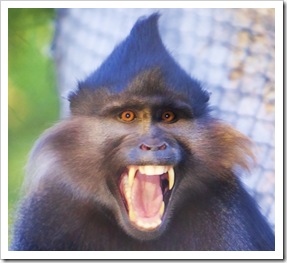 We had a great visit to San Diego Zoo on Wednesday. Chris’s second time and my first time. We arrived shortly after the zoo opened at 9 am. The zoo is very well laid out with hundreds of animals to see. We spent the entire day walking about the zoo and were pleasantly surprised at how few people seemed to be there. The parking lot was a little better than half full, but we certainly had no problems getting around on foot. We rode the express bus once and also took the aerial tram to get up to the polar bear and panda exhibit. I was a little disappointed in the bird exhibits. With exception of the aviaries where birds flew about freely, the rest of the birds were in cages with fairly fine mesh at the front, making photography very difficult. The tigers, elephants, panda, koala were very impressive to see. I took lots of photos and am working through them in photoshop as time permits. We didn’t get back to phaeton place until after dark. Both of us were totally exhausted and looking forward to taking Friday off as a rest day around Pio Pico, but that was not to be. More on that later. I’ve added a few photos below as well. 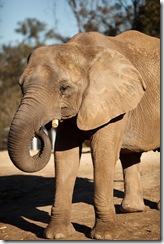 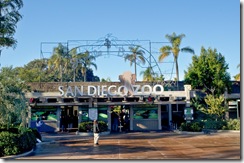 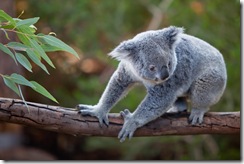 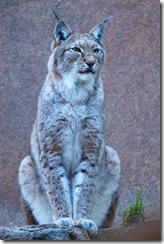 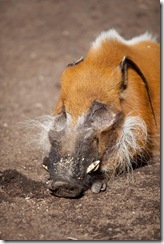