My daughter, Lindsay arrived on time at McCarron International Airport last night just before 11 pm and we were on our way back to Thousand Trails in fairly short order.  After a little chit chat and catching up, we were all tired and turned in because we have a busy few days planned exploring Vegas. 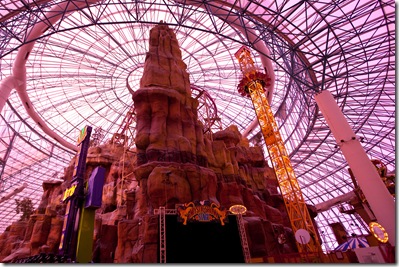 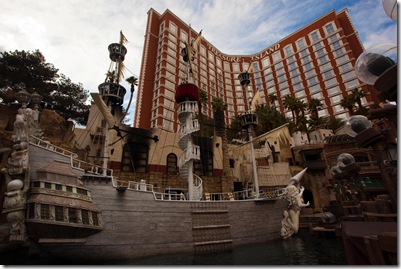 Friday, we relied on Lindsay’s knowledge of Las Vegas from her past visits and set about exploring the strip beginning at Circus Circus.  We started at  Adventureland which we found to definitely be a “kid” zone.  Roller coasters and carnival rides for the most part, but all inside, out of the weather.  Next stop was Treasure Island where we saw a huge pirate ship in the lagoon outside.  Apparently, it actually sinks at times but the weather was cool, so nothing sunk while we were there.  We really liked the Venetian.  Again, tons of stores inside along with a canal winding its way in from outside, all complete with gondolas, just like in Venice.  The picture you see here is actually taken inside the Venetian, although it looks like it could have been taken outside. 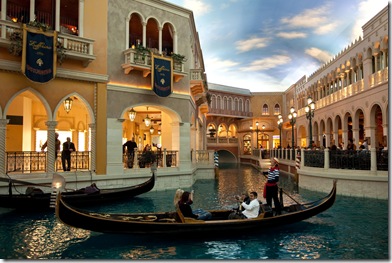 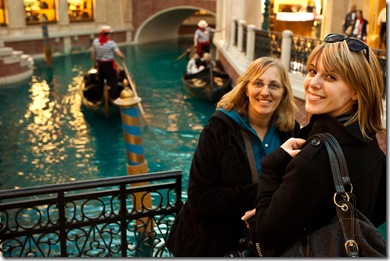 We continued exploring Las Vegas Blvd but knew the real strip comes alive after dark once all the neon lights comes on.  Fremont Street is the original Las Vegas “strip” which is in the older part of the city.  We arrived at dusk to check out the Fremont Street Experience show.  “Fremont Street Experience” consists of 2-3 city blocks of stores, casinos, restaurants, bars and souvenir shops.  Fremont Street itself has been covered with a $70 million light tunnel, upon which light shows are projected at the top of every hour after dark.  We were there to see Born To Be Wild by Steppenwolf and Bad To The Bone by George Thorogood and the Destroyers.  550,000 watts of musical power!  Pretty cool stuff!  You can see the light tunnel in the lower right photo . 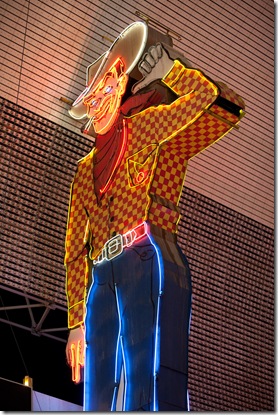 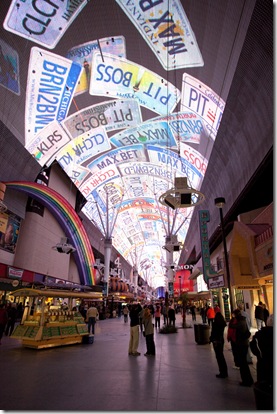 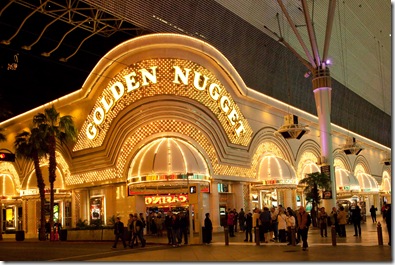 Taking a run out to Hoover Dam tomorrow and then going to see Bette Midler at Caesar’s Palace Colliseum tomorrow night.

This entry was posted in Entertainment, Nevada, Photography.