By Mark | Published
Feb
21
2011
First, my apologies for being somewhat derelict in updating our blog.  We moved back to TT Palm Springs from Catalina Spa last Monday and have been busy with pickleball and relatively poor weather since about Thursday of this past week.  In fact, rain and cold have been the norm here this weekend.  Lots of rain on Friday night, the first precipitation since we left Wilderness Lakes to come back to the Coachella Valley on Dec 20th and daytime temps hovering around 60F, certainly chilly by local standards. 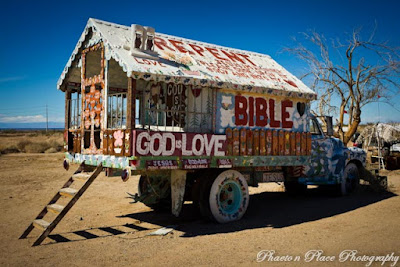 We’ve spent this past week in and around Palm Desert playing pickleball both here at Thousand Trails and also at Cahuila Park off Monterey and Edgewater in the NE corner of the city.  A little better caliber of play up there and the wait time is also shorter.  Our friends Brian and Judy moved over to Indian Waters this past Tuesday for their week out.  Brian had neck surgery recently so I volunteered to help them move their 5er over there.  First time I had ever driven a 5er and things went very well, with Brian sitting in the passenger seat of course. 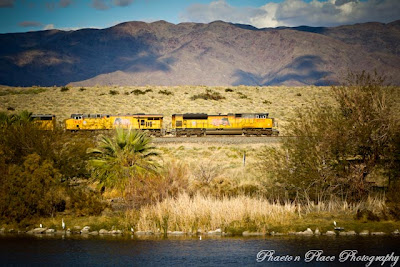 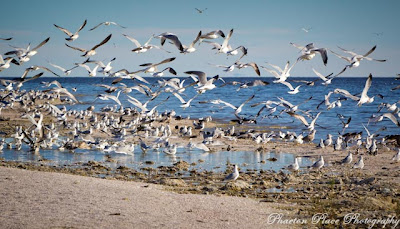 Chris & I took a run over to Salton Sea Recreation Area today in search of the elusive white pelican.  We didn’t see many close enough to shore to photograph unfortunately.  With slim pickings to photograph, we decided to drive a loop of Salton Sea in the Vue instead.  We had heard about the old marine base called Slab City near Niland, CA so we had a look on the way through Niland.  It is a pretty popular boon docking area for RVs with all shapes and sizes parked in the desert, much like Quartzsite, AZ really.  Salvation Mountain is located on the road into Slab City.  Leonard Knight has constructed a mountain of hay bales and then painted them up with many biblical references.  Leonard’s passion has lovingly created this brilliant “outsider art ” masterpiece resplendent with not only biblical and religious scripture such as the Lord’s Prayer, John 3:16, and the Sinner’s Prayer, but also including flowers, trees, waterfalls, suns, bluebirds, and many other fascinating and colorful objects.  Pretty neat and definitely worth a gander if you are in the area. 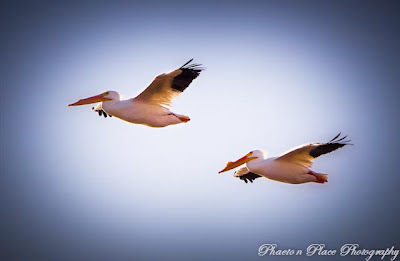 We’ve decided to hang around the Palm Desert area until Mar 21st when we will start heading north.  Our plans thus far include some time in Santa Barbara and San Francisco before leaving California  around April 1st and heading for British Columbia along the coastal highway.  Chris missed that drive in the fall of 2009 and is looking forward to seeing some of the stunning scenery I saw with our friends Jim and Jane as we came south for that winter.
This entry was posted in California, Campgrounds, Entertainment, Photography.